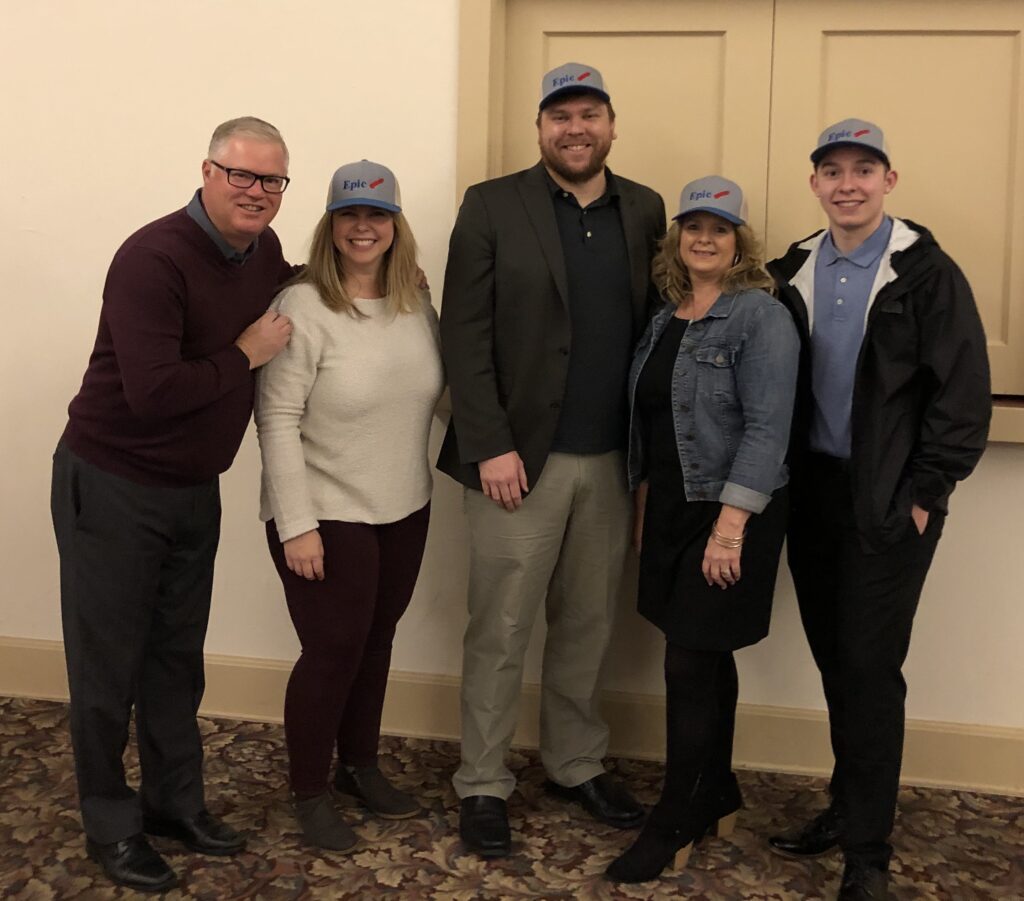 Epic’s Puget Sound Region attended the monthly IRWA Chapter 4 luncheon in early November, donning their new Epic snapbacks.  The luncheon was held at the Tacoma Landmark Center.  During each luncheon, a guest speaker presents about a topic related to the Right of Way industry.  This month’s topic was cleverly titled, “Why did the Salmon Cross the Road?” and was presented by two appraisers: Lori Safer, MAI, AI-GRS, and the IRWA Chapter President, John Nidecker, MAI, AI-GRS. Lori and John detailed a fascinating case study that involved the City of Tacoma, a dam, a river, and lots of agricultural land.  Our Epic members learned new tactics for dealing with inverse condemnation, meaning a property owner is suing an agency and the agency must buy the property rights.  During the meeting, Epic’s Right of Way Agent, Jay St. Michell, was voted in to the Chapter as a new member!  Dianna Nausley-McKeon, Epic’s Puget Sound Regional Manager, is the current Treasurer for the chapter.  Dianna and the other Epic attendees were happy to spend quality time together outside the office.  Epic’s newest Puget Sound team member, Antonio Kingston, even attended the meeting before his first day at the office. We are excited to have him on the team!