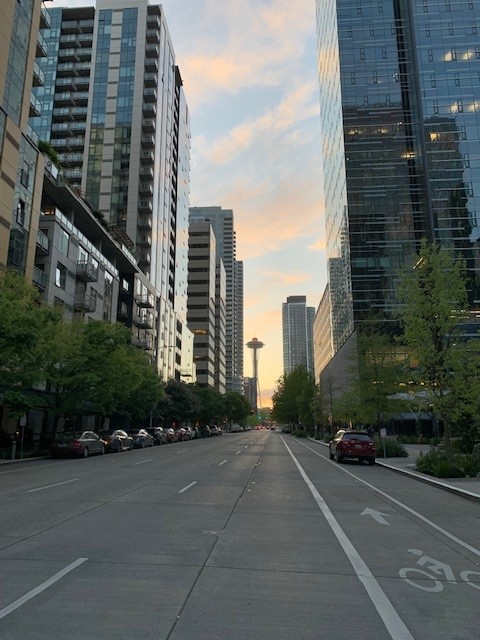 Back in May, the EPIC trio of Kathy Tegeler, Jess Niella, and Malisa Mercado took Seattle by storm for some incredible experiences at the WTS International Annual Conference. Both Jess and Malisa were able to take advantage of some of the great tours offered by WTS during the event.

For Malisa, this was exploring Washington State Department of Transportation (WSDOT) State-Route 99 Tunnel Operations Center. This tunnel had replaced the crumbling Alaskan Way Viaduct that had begun failing after the 2001 Nisqually earthquake, which Malisa had been just a few miles from the epicenter at the time! The WSDOT-led tour took participants through the Northern WSDOT facility and discussed how the tunnel was built, including several-story tall fans that help to circulate air through the tunnel. The group even got to explore the tunnel’s service corridor underneath traffic and see where maintenance crews use electric carts to get around. Malisa grew up locally and remembers the previously deteriorating viaduct. This fueled her excitement to tour the tunnel which holds 15 years of experiences, news stories, and memories throughout her life to learn even more about it.

For Jess, this was touring with Sound Transit professionals through their Light Rail Maintenance Facility and East Side Transit-Oriented Development (TOD). The guides spoke to the technical aspects of the facility and their relationships with a variety of stakeholders for the project, such as City of Bellevue and Eastrail. Jess was intrigued by the discussion around land use issues for the TOD underway, as EPIC frequently collaborates with municipalities and public agencies to assist in settling any potential land rights issues for projects serving the public good.

The entire EPIC trio had a wonderful time networking with so many powerful women in the rapidly growing AEC industry and look forward to the next event! Hope to see you there!